Kirby employees go from Sea2Summit and raise €16,000 for charity

Employees from Kirbys Galway office took part in Westport Sea2Summit recently as part of a fundraising initiative which saw them raise 16,000 for charity.  The money raised will be divided equally among two very worthy charities: Irish Kidney Association and Irish Cancer Society.

Mikey Ryan, Associate Director at Kirby, organised the companys participation in the event and presented the donations to the Irish Kidney Association and the Irish Cancer Society on behalf of Kirby.

Supporting the communities in which it operates is very important to Kirby.  Every year, the company supports a significant number of charities and community initiatives.  Last year, Kirby supported over 40 national and international charities. 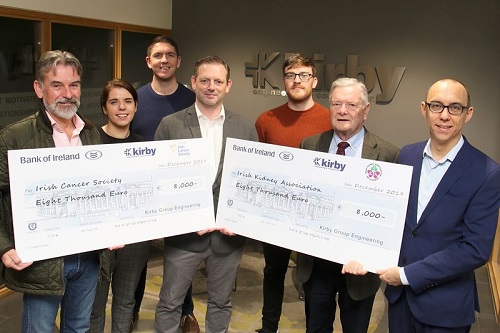