Commenting on the new office, Dave McNamara, Operations Director for Europe, said: “Opening an office in the Netherlands is a strategic move in our expansion into the Dutch market and wider mainland Europe market.  Not only will it support our growth, it will also allow us to best serve our expanding client base in the region.”

Kirby entered the Dutch market in late 2018 and it is proving to be a successful move for the company, “Expanding our operations further into mainland Europe is a progressive step for Kirby, particularly given strong levels of investment in two of our key target sectors: data centres and life sciences,” added McNamara.

Minister Breen opened the office during a two-day trade mission to the Netherlands which aims to further strengthen Irish construction ties with the Dutch construction industry.  The trade mission involved a series of engagements including a seminar on the Future of Construction.  The seminar brought together companies, like Kirby, which are at the cutting-edge of high-tech construction.

During the seminar members of the Kirby team discussed topics related to the future of construction. Alan McHugh, Associate Director Power T&D at Kirby discussed the power challenges surrounding the data centre industry while Mark Danaher, Kirby Technical Services Manager spoke about digital construction and the application of technology. 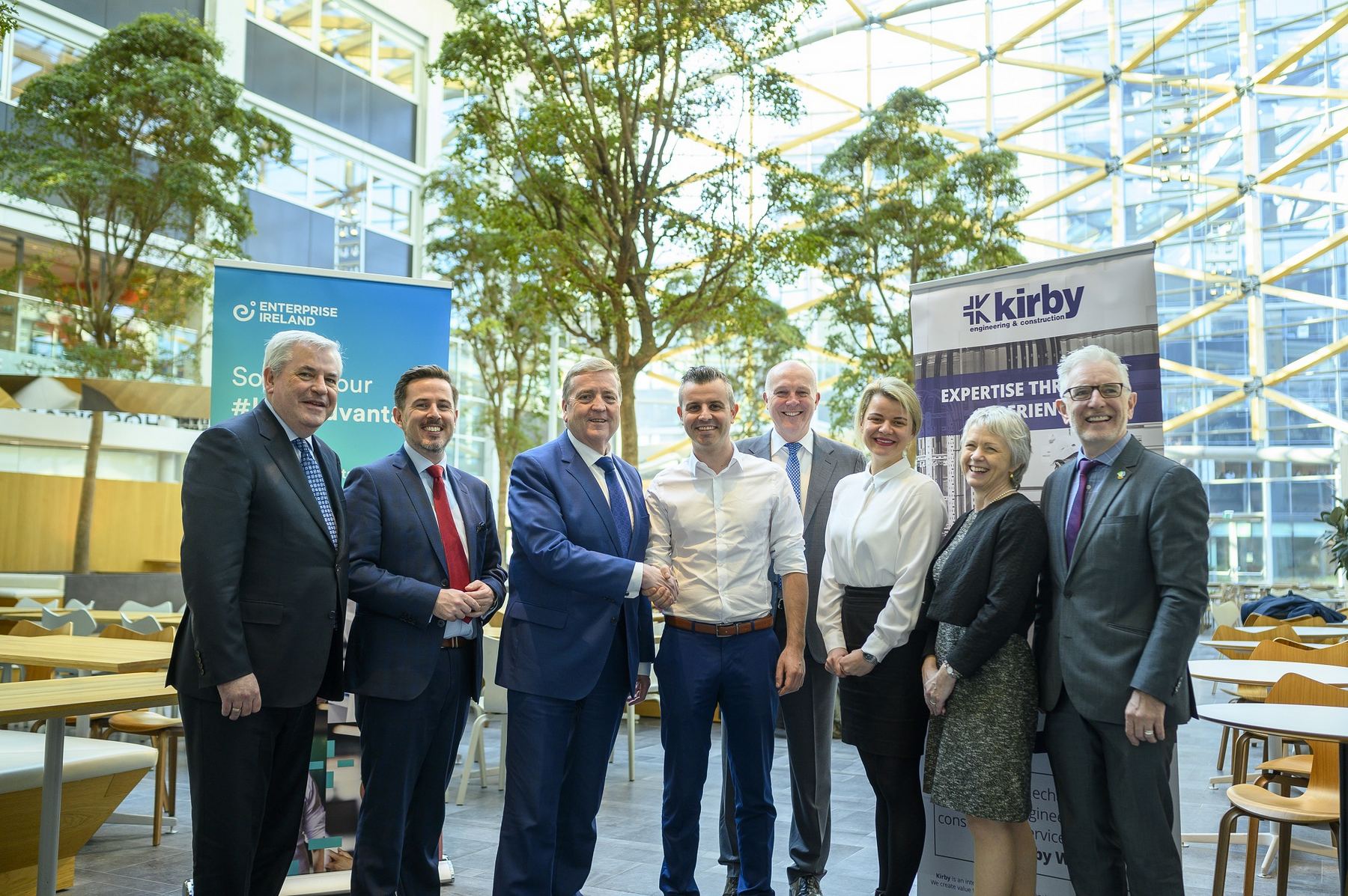