Kirby has sponsored three student scholarships as part of the Leaders@LIT Student Scholarship Programme.  The scholarships, which cover the entire duration of the students programme of study, were presented to Lorraine Burke, Peter OMahony and Tara McEvoy, all from LITs Faculty of Applied Science, Engineering and Technology.

The scholarships were presented to the students at a special ceremony held at LIT where scholarship recipients and sponsors were recognised.

Keynote speaker at the ceremony, Munster and Ireland rugby legend Paul O Connell, congratulated the awardees on their achievements and acknowledged the support of companies like Kirby.

Speaking at this event has always been a great experience. Some of the first-time recipients are speaking and theyre nervous  I can remember being that soldier too when I was young. I love that so many businesses are involved, from international businesses to local businesses. It gives as many students as possible a chance at a scholarship, meaning they dont need to have two jobs or work as much, theyre getting as much out of their studies as they possibly can, he said.

President of LIT, Professor Vincent Cunnane, said: LIT is one of the most diverse institutions in the country, with our make-up reflecting the society we serve.  The Leaders@LIT scholarship awards embody our mission and what we are about as a higher education institution, enabling people to participate in higher education in circumstances where they may otherwise be unable to do so. For donors gathered at this ceremony, your support is a vote of confidence in the students’ abilities and an acknowledgement of their value to their community, society and the future economy of the region. It is a vote of confidence in the next generation of leaders who may not have otherwise got this opportunity.

Now in its sixth year, the Leaders@LIT student scholarships aim to alleviate the financial strain that can prevent students from pursuing their course of study, allowing them to concentrate fully on their education. The programme has proved hugely successful among students who may otherwise struggle to pursue a third level education. 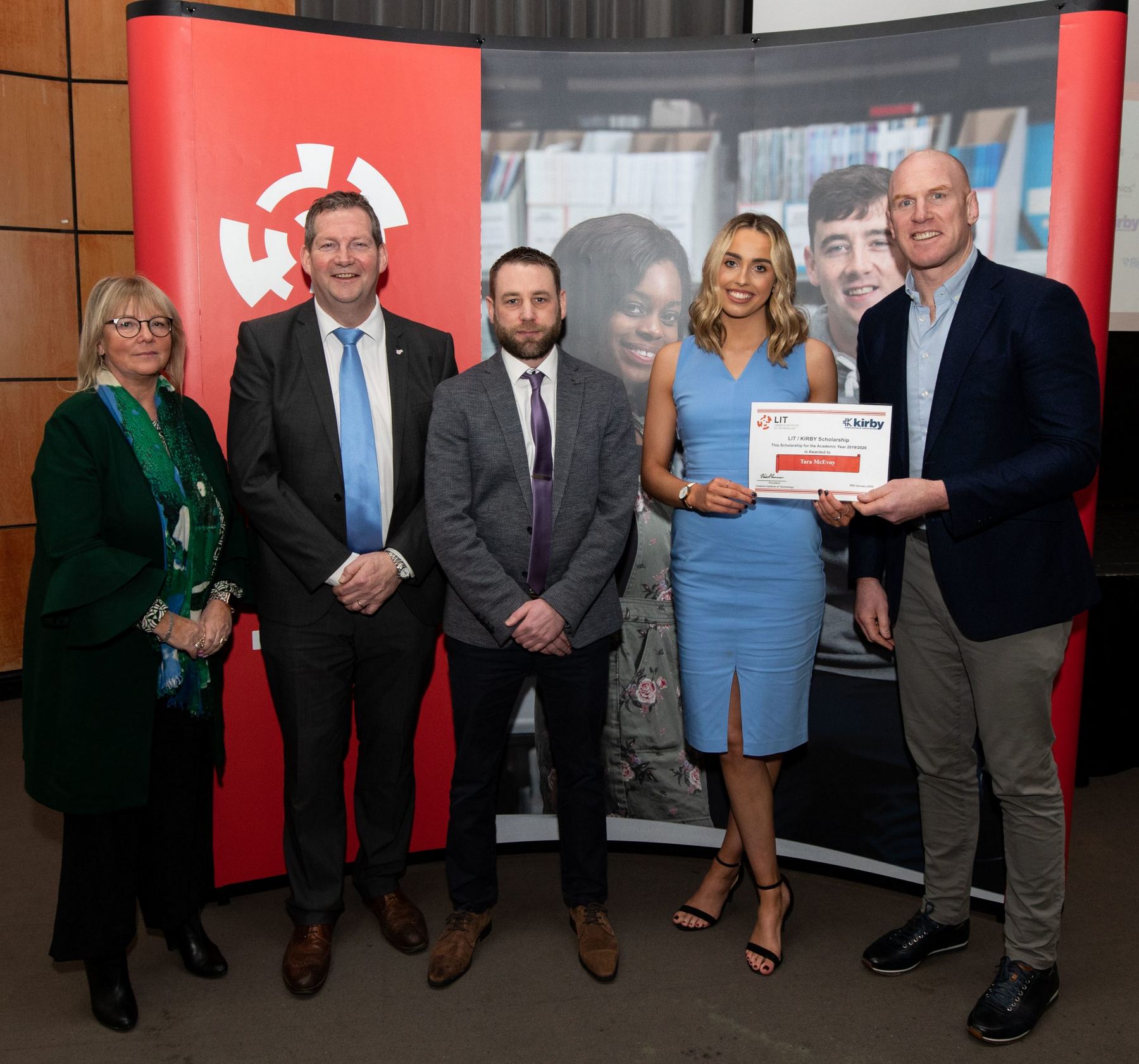 Tara McEvoy, one of four students to be sponsored by Kirby as part of the Leaders@LIT Student Scholarship Programme
Manage Cookie Consent
We use cookies to optimize our website and our service.
Manage options Manage services Manage vendors Read more about these purposes
View preferences
{title} {title} {title}
Scroll to Top
Skip to content