From South Africa to the Emerald Isle: “Kirby doesn’t just talk the talk, it really is a people-first company,” say couple Melandri and André van Zyl

“I can’t tell you how easy Kirby made the transition for us,” says HR Officer Melandri van Zyl as she talks to us for our #PeopleFirst series. Sitting next to her is her husband and co-worker André, Senior Cost Engineer, as they discuss their move across the world from South Africa to Limerick, Ireland.

“I was really worried about working at the same company as André,” Eastern Cape native Melandri tells us. “I had no worries at all,” jokes André, “I was looking forward to it.” A smiling Melandri agrees, “It is great. We have the same frame of reference; we know the same people and I feel like we have joined a big family of colleagues from across the globe.”

Both work from our newly refurbished Limerick offices, which benefitted from a €2million structural investment last year, as part of a major jobs expansion at Kirby, announced by Taoiseach Micheál Martin.

“The new office environment definitely adds to the feeling of togetherness, the canteen is a hugely collaborative space, with the opportunity to meet and socialise with people from outside of your immediate team,” explains Melandri.

The couple is thriving. André was promoted within six months of joining Kirby, from Cost Engineer to Senior Cost Engineer, and they spend their weekends travelling to European cities. A qualified legal professional, Melandri now organises training for Kirby’s 1,300 people.

“Kirby is incredibly focused on training and development. It’s something that drew us here. Before we joined Kirby it had just been awarded an Investors in People Platinum Award, and I have to say the training our people receive is definitely platinum standard,” Melandri says.

André, who hails from Ladysmith, adds, “Kirby has an internal programme called Build Your Career. Your path to promotion is clearly communicated, and it’s something I have really benefitted from. My line manager was very clear on my goals and what I had to achieve to be promoted. There is so much growth here at Kirby, so if you are willing to put in the work the opportunities are boundless.”

The couple met at North-West University, near Johannesburg, and always had plans to travel and explore the world after leaving university. “Most of our friends are either in Australia or Holland, but the transition has definitely been easier for us. Our friends are all surprised how much support and help we have had and continue to get from Kirby. It has been an easy move for us,” adds André.

Joining them from South Africa are the couple’s three dogs – Khloe, Kooper and Kevin.

All five have settled into country life, albeit with some escapades from golden spaniel Kooper. “Kooper kept escaping when we first moved here, now everyone in the village knows who he is and it’s a bit of a running joke. We couldn’t get over how nice people were about it. We would have had a completely different response in South Africa. People here are so friendly. We know all of our neighbours. Someone across the street looks after our dogs when we go on holiday and there’s always a welcoming crowd in the pub,” says Melandri.

“It’s a safe place to live,” adds André. “Melandri can walk the dogs without me. She wouldn’t have been able to do that at home.”

We ask them about the transition, “Culturally Ireland and South Africa are very similar and there’s so much to explore here – the wildlife, nature and outdoor activities are second to none.”
André is now a keen golfer, although he hasn’t settled on a home course yet, he’s enjoying exploring the courses on the west coast of Ireland.

Speaking to the duo there isn’t a hint of stress or concern, even as we talk about the mandatory hotel quarantine that was in place when they first landed in Ireland.
“Everything was arranged for us, visas, permits, accommodation, car rental. You name it, Kirby had sorted it,” André says.

“Even down to the smallest detail. Kirby had arranged for freshly baked pastries to be delivered in time for our arrival at our temporary accommodation. It smelt like a proper home as soon as we walked through the door. Kirby doesn’t just talk the talk, it really is a people-first company,” concludes Melandri.

Kirby is currently recruiting and recently held careers roadshows in Johannesburg and Cape Town. Are you looking to start a new life in Europe? Email your CV to southafrica@kirbygroup.com or click here to find out more. 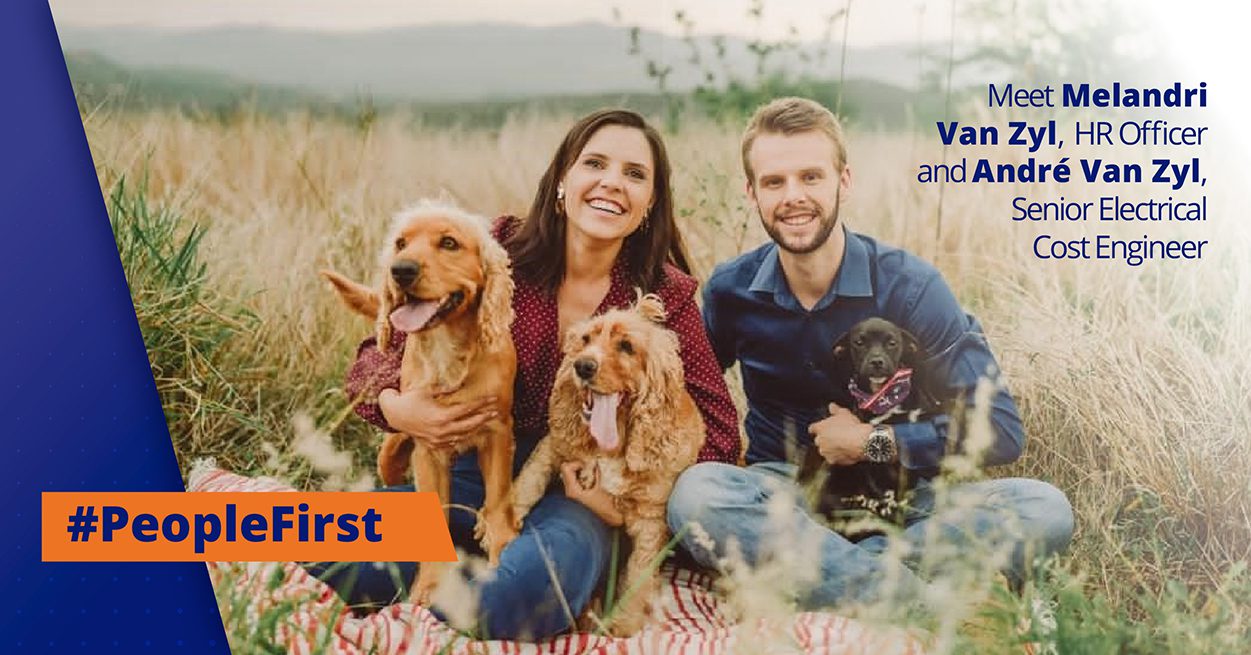