DCD Opinions: Building the data centers of the future

During the first ‘information revolution’, when CAD took over from drawing boards, sophisticated designs were… printed off. While the architect’s or the engineer’s office might have undergone a technology revolution, the construction site remained very much stuck in the 19th century.

And many sites – even in the design and build of modern, hyperscale data centers – have yet to catch up.
But at data center engineering and construction firm Kirby, engineers are working in more than just 3D, the company has started using HoloLens augmented reality headsets, not just in commissioning, but in the construction phase, too.

“We see HoloLens working in three very different areas”, Mark Danaher, technical services manager at Kirby, tells DCD. “At the very beginning; during construction; and, at the commissioning stage.”

Obviously, he adds, putting HoloLens on the heads of everyone on-site would be impractical and, currently, outrageously expensive, too. “But we have tried them in our off-site manufacturing facility. The guys on the factory floor can put on the HoloLens and get a 3D model of what they’re building overlaid on what they’ve built, which helps with vizualisation.

“It’s also hands-free, so that we can link quality checklists to the HoloLens. So, as they’re building the module, they’re overlaying the information on the model. Then they’re checking it off from the HoloLens, which is sending information straight back to BIM 360, Kirby’s building information modelling (BIM) software.

“We can then create our dashboards for quality standards as it’s being built: At what level? Has it been completed? Is it ready for shipping? That can all be done hands-free.

“We see it as a really good tool at the beginning of the project, overlaying what the 3D model will look like on-site for the site guys, so they can get a visual representation of it, before they even build it,” says Danaher.

Indeed, once the technology becomes down in price Danaher sees it become much more widely adopted in the kind-of high value manufacturing and construction that Kirby is involved with.

“I could see people installing directly from something like HoloLens, rather than a drawing: Look at a wall, and the position of the piping will match with what is in front of the user [in HoloLens], with quality and information capture coming back from the HoloLens, all hands-free.

“Furthermore, it can access live information, CAD drawings, and 3D models, on the one hand, while taking pictures and marking up tasks that have been completed or changes that have been made, on the other. Take an image, and then that information is directly related back to the reference model,” says Danaher.

For a company like Kirby, involved in complex electrical installations, Danaher also sees HoloLens as a safety device in many respects.

“Take electrical panels. It’s dangerous working on electrical panels because with a lot of the commissioning, you’re dealing with live power. So, you want your hands free at all times,” he says. Pulling out crumpled A2 or A3 drawings or pinching to zoom a smartphone or tablet in such spaces is a serious drawback, to say the least.

“So if you had, again, the HoloLens and the drawings in a hologram, the engineer could just look at the drawing of the wiring diagram or fill out a checklist in ‘the virtual world’, then walk around the panel to check everything’s correct. Again, that information can be captured and sent directly back to the central database.”

But the future for technologies like HoloLens in Kirby’s line of business lies in added artificial intelligence, says Danaher, With HoloLens you have the ability to feedback information on the fly, such as warnings over construction workers not wearing the right safety kit – and much, much more.

If that sounds far-fetched, Danaher points out that the pace of change with HoloLens over the past two years or so has been significant, with improvements to important enabling factors, such as integration.

“When we looked at HoloLens about two years ago, the software just wasn’t there to link all of these things seamlessly. But we’re at a stage now where it’s not that difficult to overlay our models onto ‘real life’, to be able to interact with what are, essentially, holograms. And HoloLens is now much more integrated with our systems,” says Danaher.

The resolution, though, is currently only “good” but can only get better.

“With the traditional way of building, CAD was the only real digital form of doing drawings, but the drawing would get printed off, and you’d have to send the drawing to a site. By the time that drawing got to site, it could be outdated,” Danaher tells DCD.

It would be a real benefit to a data centre owner if they could have all of this facility maintenance, digitised

Even when sites got connected, printers still had to churn off the latest drawings when they finally downloaded, just so they could be viewed and shared by the team whose job it was to implement them.

“So, for us, the data has to be real-time to the site crews and our manufacturing teams [at the factory]. And how we do that is all about technology, so tablets, mobile phones and on-site now we have what we call ‘digital construction hubs’,” says Danaher. The hubs are 65-inch, high-resolution screens, on wheels, with built-in Wi-Fi, on-site and directly linked to Kirby’s teams back at one of its bases in Dublin, London, or Amsterdam.

“We do that through BIM 360 software. When we publish a drawing, a notification is sent to site that there is a new drawing or revision, then the drawing pops up on the screen. The guys on-site have instant access to this latest information,” says Danaher.

But that’s not all: Kirby’s also started to implement ‘robotic total stations’ to enable building work to proceed with laser precision. “You’ll often see guys on large construction sites peering into what looks like a camera, with levels. It’s like one of those, but it’s robotic, and the results can be sent directly to our 3D model.

“So if we want to set out a piece of equipment, we can just push the coordinates from the model through to the robot, the total station points the laser at the ground, and the guy can mark out where the equipment needs to go,” says Danaher.

It’s dangerous working on electrical panels because with a lot of the commissioning, you’re dealing with live power. So, you want your hands free at all times

BIM and business processes
Naturally, all this feeds into the BIM model, which all major construction projects today – from the architects’ plans onwards – ought to support. Ultimately, the BIM documentation should tell anyone who needs to know everything they need to know about a building – from construction, to usage and all the way through (eventually) to demolition.

But while in theory that sounds good, in practice, it can be challenging to formally cross every T and dot every I, as BIM demands.

“During the construction stage, we need to input the correct data. So, the right units, the right electrical panel – all named correctly.

“Indeed, all of the equipment needs to be named correctly and the model needs to reflect what has been built,” says Danaher. This means that construction and other companies involved in data center building have to follow plans to the letter, and have processes in place to update the model should changes be made to the build.

“We have a process to do that as the construction is going on. All the information is relayed to our guys back at base, and we update the model if there are changes on site, because there’s always changes on site… So, we’re constantly updating the model. At the very minimum, what you need to hand over to the client is a model that reflects what’s actually been done.”

Increasingly, adds Deneher, BIM should also contain information about embedded IoT devices that can feedback to the client all kinds of information about the building environment – information that will be especially useful to data center operators.

Kirby has already run trials with building based IoT.

“A number of years ago, we did a, a pilot programme with IBM Watson… We linked the BIM model with embedded IoT devices to allow for a live machine to machine communication. We took a 3D point cloud scan of their data centre and modelled it as it was.

“Then, we linked the model we’d created to the IoT sensors. IBM has a facility maintenance software package called Maximo. They took our model into their software and when, say, the data rack overheated, a notification would be sent via Maximo to the nearest facility maintenance engineer.

“So, if you could link the sensors to a model, you could see how you could reduce facility maintenance costs very quickly. I think that’s the direction that BIM is going. It would be a real benefit to a data centre owner if they could have all of this facility maintenance digitised; it would save them a lot of money,” says Danaher.

And it is not just about saving money, but will also feature in the drive towards the unmanned, ‘lights out’ data center – the true data center of the future, whether it’s located in one of the usual locations, on the ‘edge’ close to a busy 5G base station or somewhere even further afield. 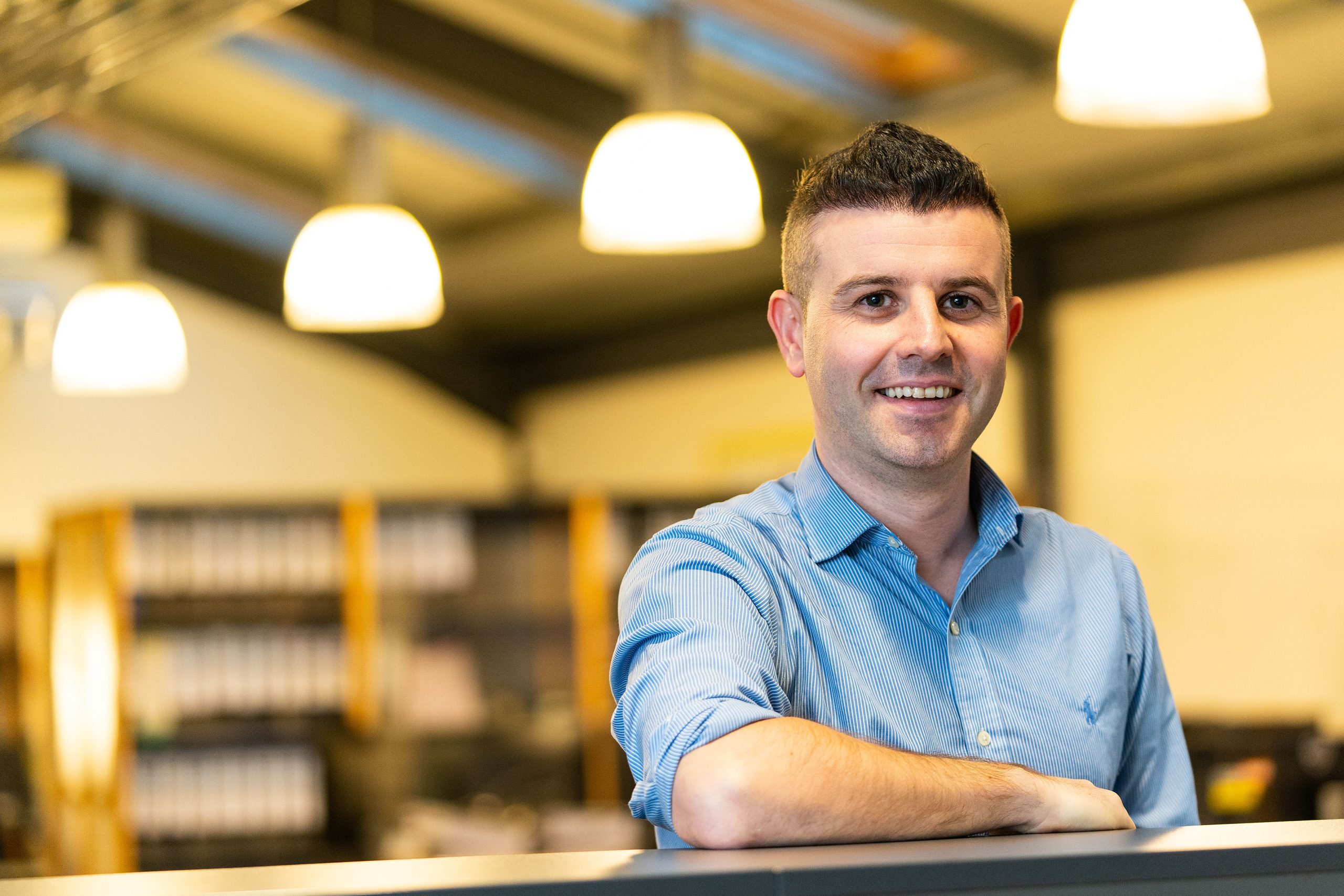