“By investing in its people, Kirby is investing in innovations and improvements for the future,” says Kirby Lead Planner Michael Bonandrini, as he studies data analytics and its application in construction and engineering

In this #PeopleFirst feature we speak to Michael Bonandrini. His passion for data and planning have seen him start a Master’s Degree in Data Analytics. Talking about machine learning algorithms detecting patterns in planning data, Michael demonstrates his real interest and excitement in this pioneering area of technological development.

Michael joined the team in Dublin over three years ago, making the move from South Africa with his wife and children. He has since been promoted, after excelling on Kirby’s largest project – a major world-leading technology manufacturing facility in Kildare. He now heads up a team of eight planners and covers our Munster Business Unit as well.

Michael started his career more than 20 years ago in project control in South Africa and has worked across the African continent, in both the mining and petrochemical industries.

We asked him what sets the culture at Kirby apart, “Work is done to a much higher standard, but there’s also a balance, the teams are skilled, informal and friendly. It’s the best planning department I have ever worked in. We work well together and support each other, in work and out.”

Michael was one of more than 180 cyclists that took part in the Kirby Way cycle challenge earlier this year. “I hadn’t cycled in a long time and was coaxed into doing the Ring of Kerry as part of a training regime in the run up to the event. As a team we have lots of challenges we take part in. We try and encourage people to keep themselves active, particularly outdoors so as to boost people’s sense of wellbeing.”

It’s not just the camaraderie that impressed Michael about Kirby. Kirby is dedicated to investing in its people and has a scholarship and development fund that people can apply to, for training or to carry out further education. This fund is in addition to the day-to-day training and development people receive as part of their roles. This was one of the aspects of Kirby’s people-first mentality that impressed the judges of last year’s Investors in People Awards, with the company presented with a Platinum Award – the highest accolade any company can receive.

“By investing in its people, Kirby is investing in innovation and improvement for the future of the industry,” says Michael, who applied to the fund. He has just completed a Bachelor’s Degree in Industrial Engineering at Griffith College in Dublin, which was part funded by Kirby, and is now undertaking a Master’s Degree in Data Analytics.

“Kirby has funded my studies and been really flexible in terms of time off for study,” he adds.

“As planners we often work across different platforms as part of our roles, with data points sitting within Excel, client portals and our own. My intent is to look at how we can use machine learning algorithms to make better informed decisions well in advance of a project starting on site.

“Kirby is unique in its willingness to invest in its own people and to explore the latest academic thinking, ensuring that the application of new technologies is developed and owned by our people. I think that sets Kirby apart. We have a highly educated and well-resourced team that is constantly innovating and learning,” concludes Michael.

“Planning used to be thought of as an art, I believe that planning of the future will be a science that is taught, not just on the job, but at learning institutions.”

To find out more about the careers on offer at Kirby go to careers.kirbygroup.com. 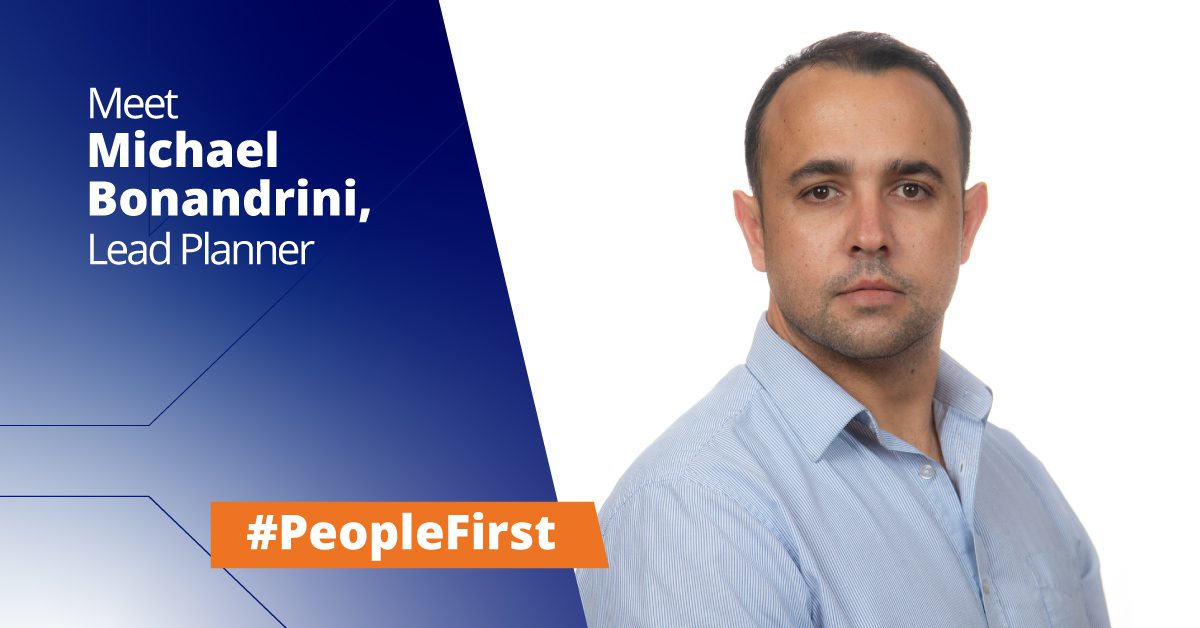